Space GAAM – New Venue, Out of This World Creations and Do Gooding

Space GAAM was our biggest production to date. The cosplay cast was almost as huge as the theme! 😀

As with each GAAM Show, a new theme was created, with content and branding to match and align with the theme.”
However, with a move to a new venue, that was over double the size of the previous, new obstacles arose in terms of how to create, move, set-up, and breakdown the various environments/activation spots with a much bigger space (around 50,000 square feet).

The team stepped up, and team leaders were assigned to different themes and rooms, with others to assist.

Brittani did a fantastic job directing the art murals, and community crafting days were employed not only to engage the community, but also to get additional help in creating items needed for the event.

Gaming stations dedicated to Halo, rooms themed to Star Fox and Metroid, and so many nods were given to the various sci-fi games that have become a part of our culture.

Artists and gaming companies from all over the world contributed their work to be auctioned off for charity during our Charity Art Auction, raising several thousand for various causes.

The biggest moment, by far, had to be when Jay McGowan (“Whoot There It Is,” “Tootsee Roll,” “Space Jam,” and “Come on Ride the Train,”) performed “Space Jam/GAAM” as a surprise performance for the attendees. He truly cares about his city, and the love was definitely felt as he performed that night. 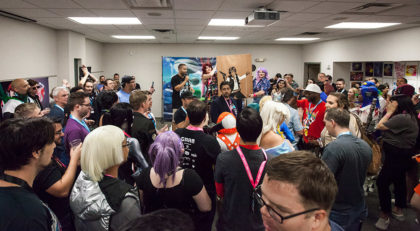 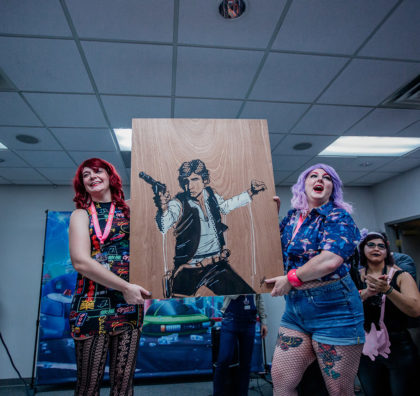 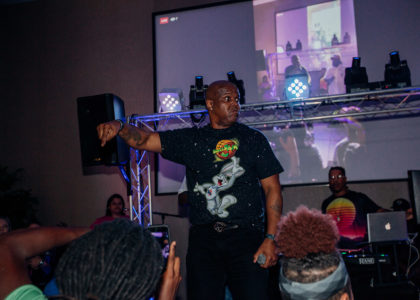 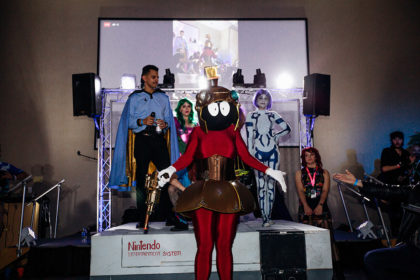 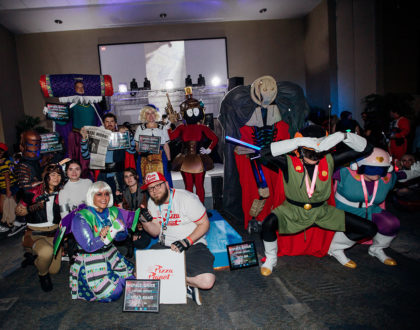 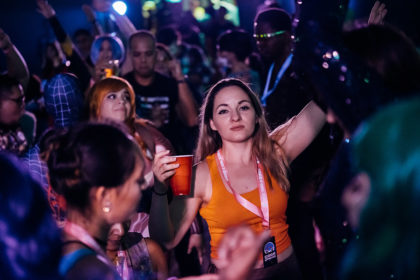